About us > About Zhuhai >
Introduction to Zhuhai

Zhuhai, a prefecture-level city in Guangdong Province, is the core city on the west bank of the Pearl River Estuary. As a central city of the Pearl River Delta, an important node city in the Guangdong-Hong Kong-Macao Greater Bay Area, a sub-central city of Guangdong Province, and one of the first four special economic zones of China, Zhuhai is the only city that has been listed among the "Top 40 Tourist Attractions in China" with its overall urban landscape, a coastal city in China, and a new garden city with the reputation of a "City of Happiness" newly granted by the country, and of a "Romantic City". Zhuhai is also one of the representative cities of the Cantonese Culture.
Zhuhai is located in the south-central part of Guangdong Province, facing Hong Kong and Shenzhen across the sea to the east and Macao to the south, 9 km away from Macao. Hengqin New Area and Macao are separated by the Pearl River. It borders Jiangmen to the west and Zhongshan to the north. With nine national first-class ports, i.e. Gongbei, Jiuzhou Port, Zhuhai Port, Wanshan, Hengqin, Doumen, Wanzai, Zhuhai-Macao Cross-Border Industrial Zone, and Hong Kong-Zhuhai-Macau Bridge (HZMB) Zhuhai Port, Zhuhai boasts as the city with the largest ocean area, the most islands, and the longest coastline in the Pearl River Delta. It is known as "the city of hundreds of islands".
Zhuhai was established as a province-governed city in 1979 and approved as a special economic zone in 1980 with the local legislative power granted by the National People's Congress (NPC). In 2013, Zhuhai ranked first across China in "The China's Urban Sustainability Index 2013". Zhuhai has successively won such titles as the "National Garden City", "National Sanitary City", "National Ecological Demonstration Zone", "China's Top Ten Most Charming Cities", "Top Ten Most Livable Cities in China", "China's Outstanding Tourism City", "The Happiest Cities in China", "National Forest City", and "The Ecological Civilization Award of China"; it was also awarded by United Nations Centre for Human Settlements (UNCHS) with "Dubai International Award for Best Practice to Improve the Living Environment" and "The Happiest Cities in China". In February 2020, it was identified as one among the fifth batch of pilot areas supported by the central government to carry out the reform of home- and community-based care for the aged.
In June 2020, Zhuhai was chosen by the Commission for Comprehensive Law-based Governance of the CPC Central Committee into the list of the first batch of national demonstration areas and projects for the construction of governments under the rule of law. 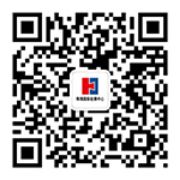